I was born in Sweden. That's where my basic values were formed.

I grew up playing music - from the age of six when my mother realized I was "gifted" with a good ear.

When the other kids were out throwing rocks at the streetlights, I was rehearsing or performing.

Photography was always "second fiddle" to that but something that was interesting and mysterious.

At the age of twentyone I was living a good, comfortable, mostly carefree life but as sometimes happens

a personal event changed all that.

I eventually left Sweden and started a different life.

And you forget - but you never forget

- the memories and what happened are always with you and it changes your life in almost every way you can imagine.

and I didn't do photography for many years - snaps, yes, but nothing "serious".

I still had cameras - loved the "feel" of them - such precise and beautiful instruments - but my mind said "No".

- and looking at the resulting images I realized photography was what I should have done all my life.

So, I started anew, trying to share what my mind "sees"
,
my values and appreciation of the beauty that is always around us if we just take the time to look and "see"

- the beauty of women

- these mysterious - at least to us men - baffling, extraordinary, lovely and remarkable creatures - capable, strong

- much stronger mentally - creatures who thru centuries always have been - and still are - victims.

- and to cover up the inadequacies and fears of men, - they are still controlled, mutilated, sold, used as commodities.

Obscene beyond words - yet something that happens every day.

on the conditions under which so many women live.

From Wikipedia, the free encyclopedia

His images evoke the deep-seated and often hidden fears and fantasies of his subjects, compelling both model and viewer to explore aspects of themselves of which they may have previously been unaware.

Christer's work has been influenced by his life experiences. Although he began as a musician and self-taught photographer early in life, he set both aside following a personal tragedy.

While he always had cameras around him and liked the feel of them, he didn't return to photography until many years later when asked to do a photo shoot as a favor to the daughter of a friend.

He is a prolific artist, producing a remarkable quantity of high-quality images of great originality and vision in the few short years since he re-dedicated himself to photography.

He credits his upbringing in Sweden with instilling in him a passionate devotion to equality, justice, and freedom of expression
--an unswerving dedication which is especially evident in his images of women.

A significant portion of Christer's work consists of black and white images of women that reveal their beauty, strength, humor, and resilience in the face of passion, subjugation, inequality and violence.

The power of his images provokes strong reactions, positive and negative, causing his work to be periodically censored.

In other series of images, Christer's early life experience as a musician and performer enables him to capture the movement and vitality of dancers and musicians, many of whom hail from New Orleans

These vibrant and colorful images place the viewer squarely in the center of the event or performance, providing a detailed glimpse of a special moment in time that would otherwise be lost.

His masterful manipulation of light and shadow lends many of his color images an ethereal quality reminiscent of the Impressionist painters of the 19th century.
In the black and white photography, shadows take on a life of their own, appearing almost as distinct characters side-by-side with the human models.
The results are often images that seem to change shape and substance, bringing to mind the prints of the Dutch graphic artist M. C. Escher.

Preferring to let his images speak for themselves, Christer puts himself firmly in the background, never letting himself be photographed unless there is a camera in front of his face.

Decrying the typical artists' statements as pretentious attempts to obscure lack of vision or talent, he prefers to state simply that

"The only thing that matters is what YOU - the viewer of my images FEEL and THINK when you look at my work."

Although his work is highly sought by groups and individuals desiring a unique view of themselves or their events, he carefully selects his commissions,

requiring there to be a meeting of the minds between himself and the subject before undertaking the commission.

In addition to private commissions, he also performs photography on behalf of charitable groups such as the Common Ground Collective.

In response to growing demand, he is currently planning a series of Master classes to be offered in Europe.

His work has been published side-by-side with photographers such as Robert Mapplethorpe, Helmut Newton, Mario Testino, and Roy Stuart
by the well-known publishing firm of Carroll and Graf.

In 2002, Christer established a studio in New Orleans. He lost his studio and thousands of prints when Hurricane Katrina devastated New Orleans in 2005.


Although still deeply affected by that tragedy, he has recently expanded his portfolio to include his first-ever landscape images taken while visiting Saskatchewan, Canada.

These images are forcefully capturing the vastness and beauty of the immensity of the prairie and the courage and fortitude of the people who conquered this seemingly never-ending land. 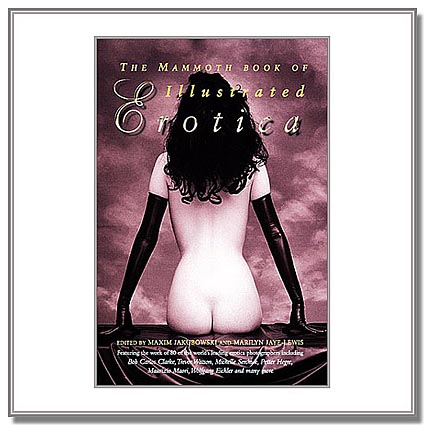